I collected Sudoku games from different newspapers for a year, solved them and later put them into paintings where I assigned a color to each number. The work takes various forms: a series of paintings in which the problem is big and the solution small. And another series of screens composed of paintings made on the Sudoku of the newspaper, in which the back parts are left in view, building fragments of the context from which they were extracted. 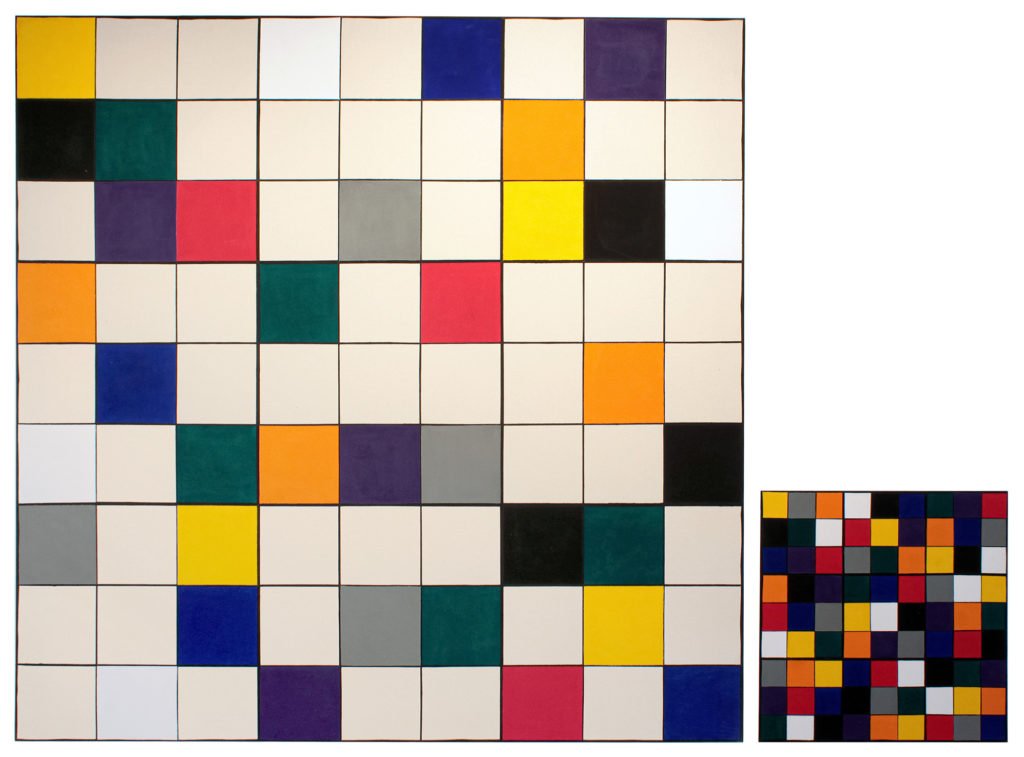 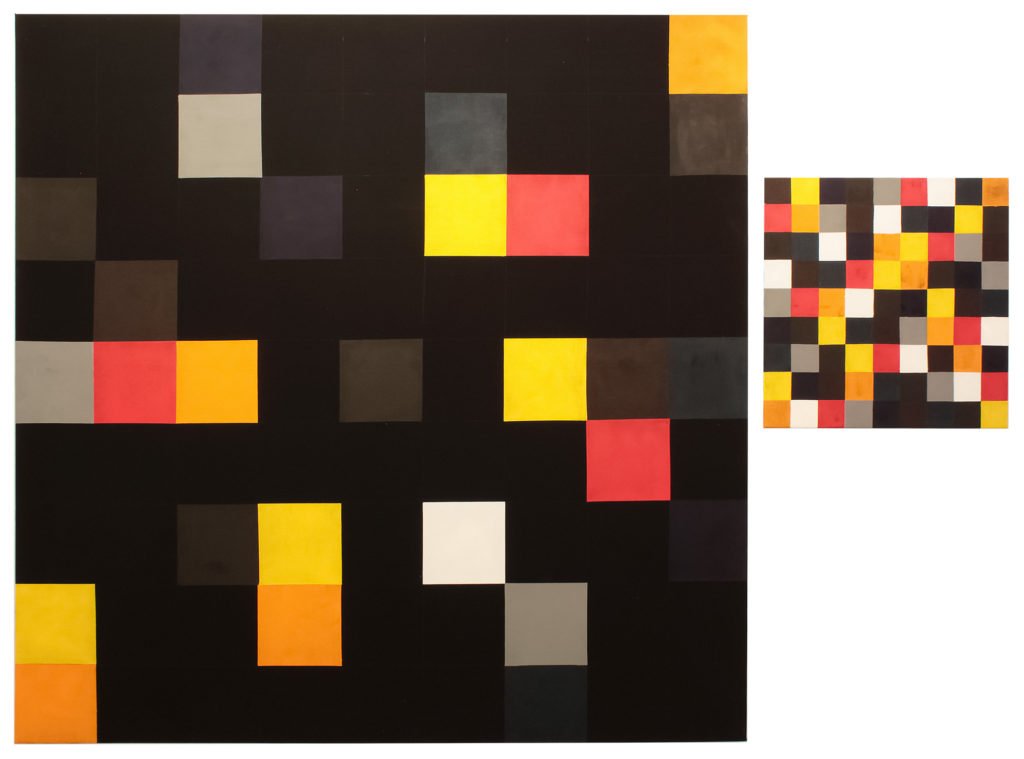 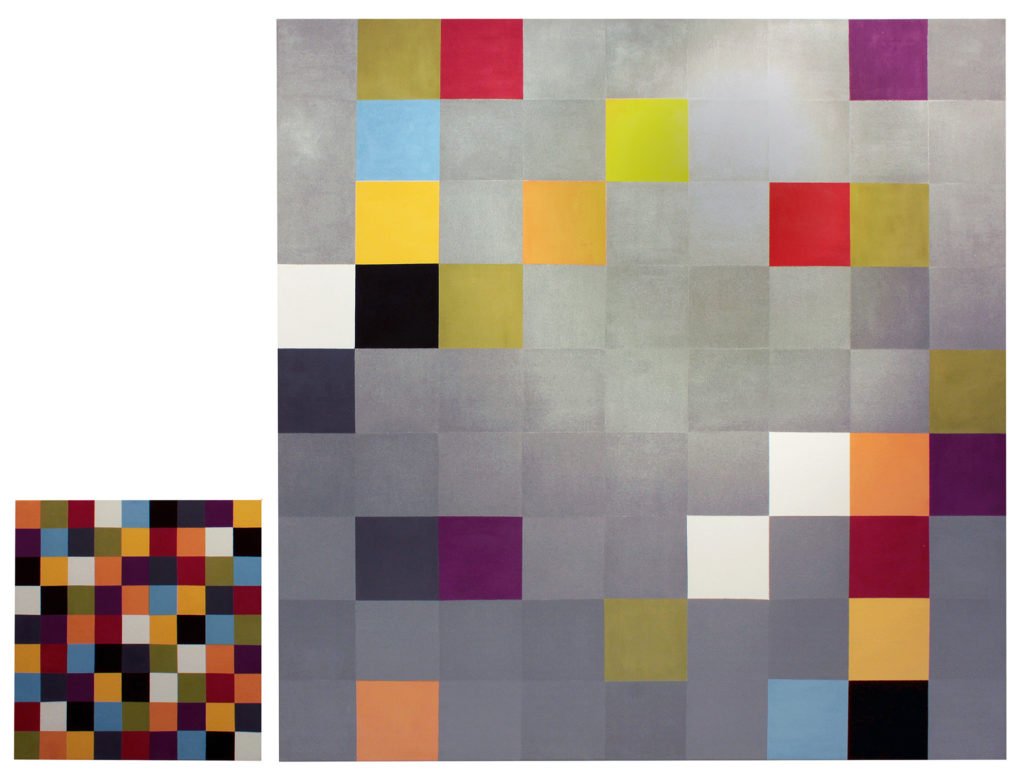 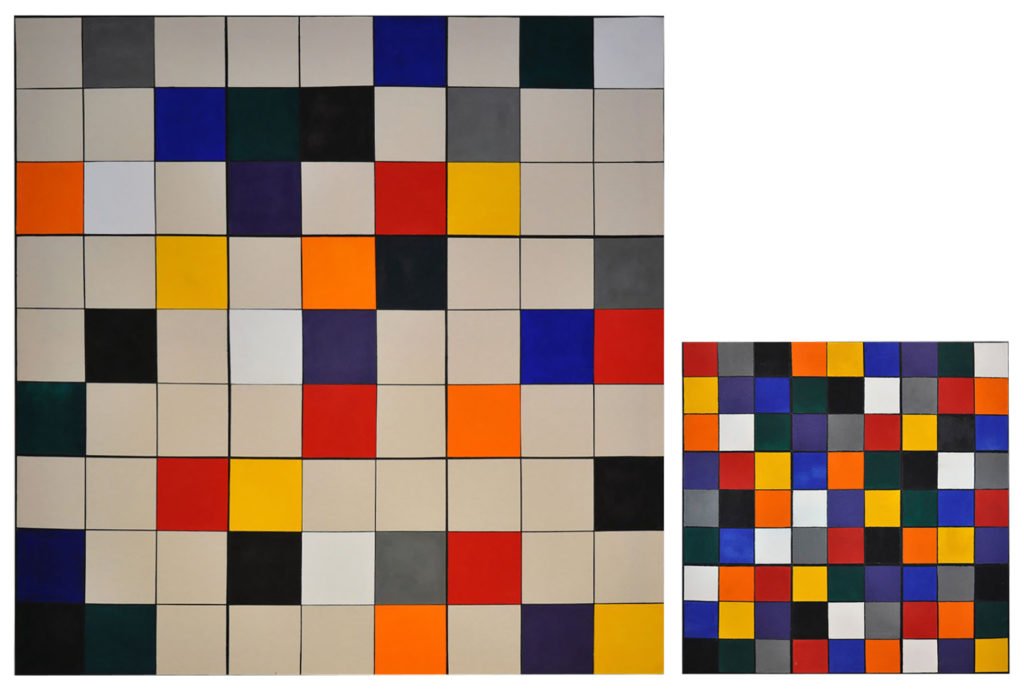 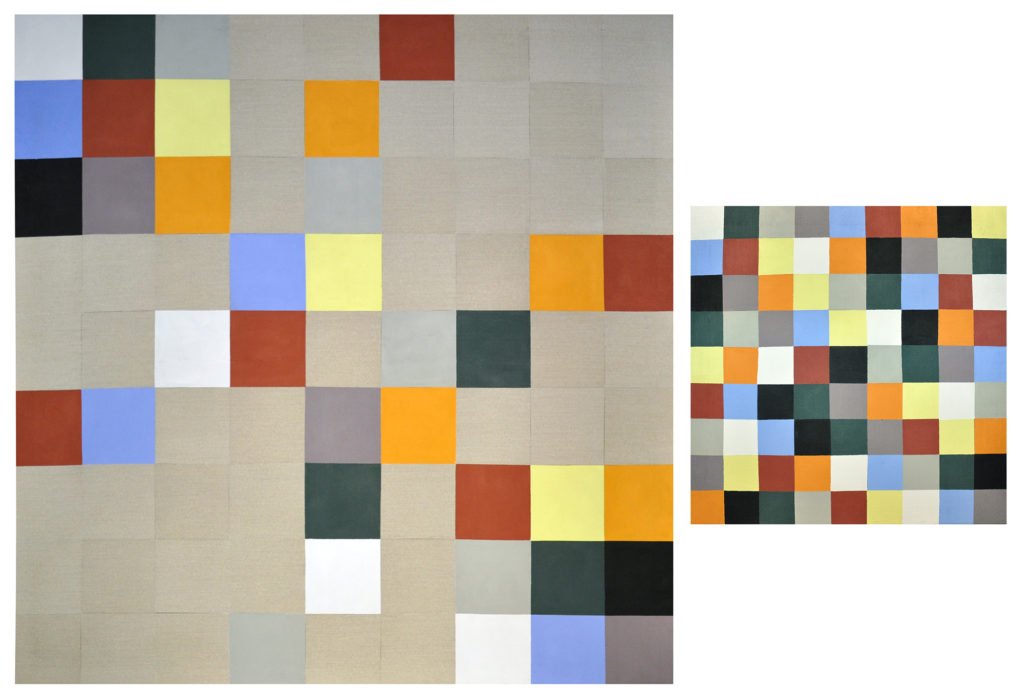 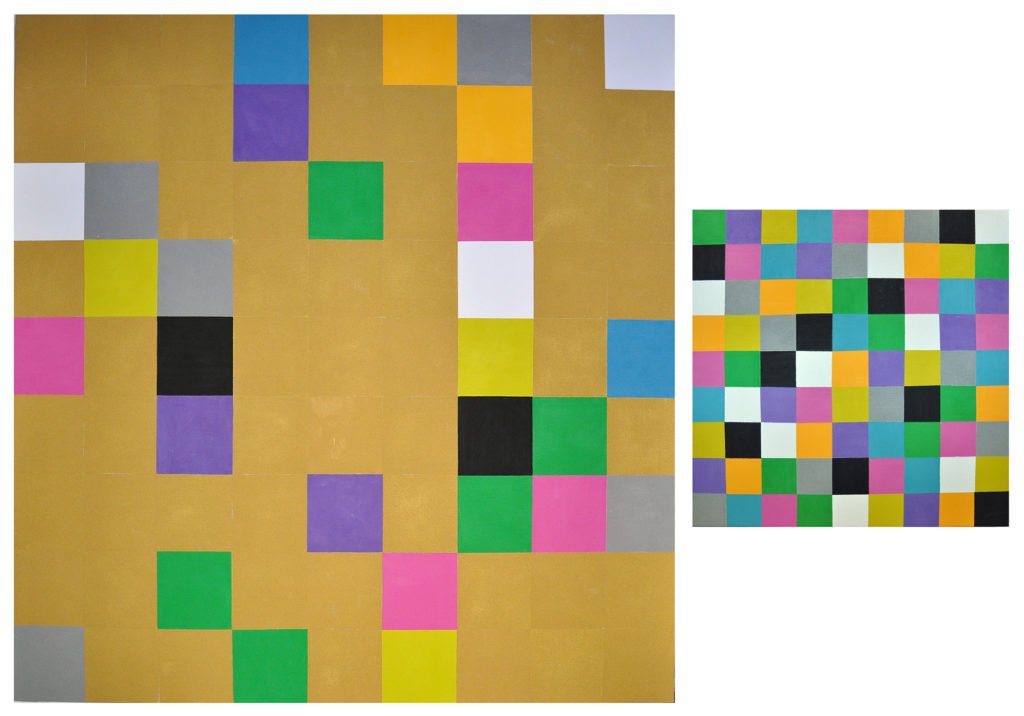